Boy or Girl? Too Early to Tell? Have you ever heard of the "Nub" Theory or The Angle of the Dangle?? It is a theory that says during the 12th week of pregnancy the genital tubercle in both boy and girl fetuses are the same length and visually look the same. Because of the this - the gender of the fetus is not able to be determined by ultrasound. But, the theory suggest that if the genital tubercle and the horizontal direction of the spine form an angle that is 30 degrees or s
17,060 views0 comments 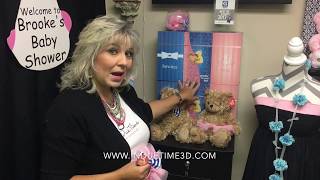